At the age of 76, Liz was facing the prospect of becoming homeless. Luckily she contacted Threshold, and we were able to keep her secure and housed. 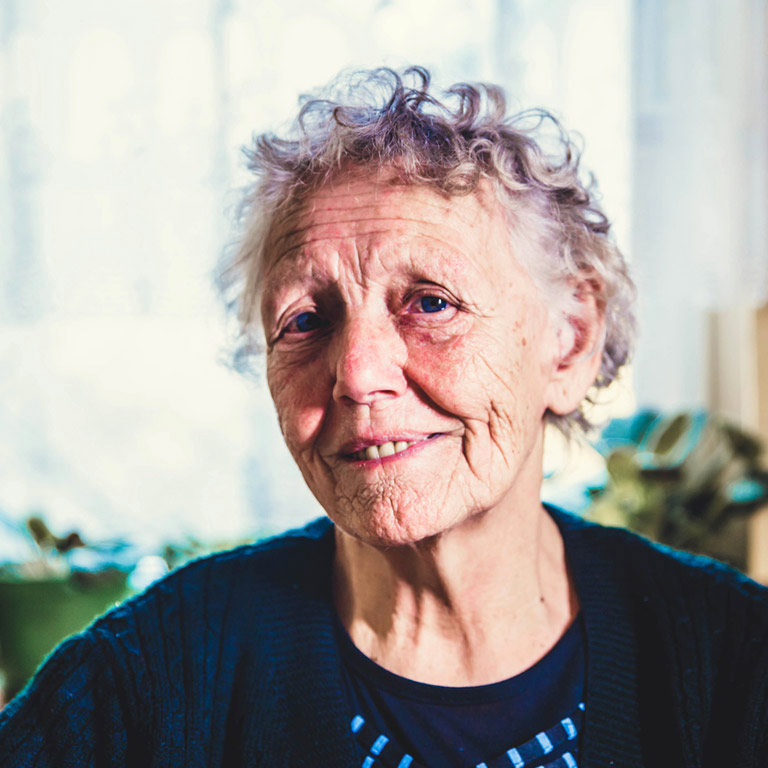 76-year-old Liz made the decision to sell her home and moved into a retirement village – a place where she could live independently, make new friends, and feel a sense of security.  But one autumn evening, there was a knock at her door. Just like that, Liz was handed a notice of termination. The amount of time she was given to leave her home was far less than legally allowed.

I was stunned. It felt as if my world was collapsing.

A few weeks later, Liz was handed a second notice of termination. It was then, in a state of panic and worry, that she contacted Threshold for advice and support. She remembers how awful it felt to be facing the prospect of homelessness.

Every hour I’d be wondering whether the water would work, whether the heat would be cut, whether I’d be locked out. I’m too old and too sick for the streets.

The generosity of Threshold supporters meant that when Liz got in touch, we were able to listen to the details of her situation. We were then able to work with her to form a plan of action to help her fight against the illegal eviction, and to keep her from becoming homeless. Our team of service advisors stood by Liz’s side, guiding her through the complex bureaucracy and challenging the notice of termination at the Residential Tenancies Board (RTB). Thankfully, the RTB ruled in her favour and Threshold helped Liz find a new home. Things were finally turning around for her

I’m so thankful for the help I received from Threshold, they helped me understand what supports were available. I try not to think about where I would be if they hadn’t been there for me, firmly beside me in my lowest moments. Threshold heard me when no-one else was listening