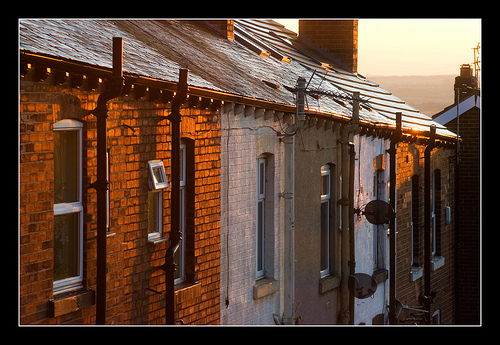 Threshold, the national housing charity, has called on the Government to develop a strategy to deal with the growing arrears rate for buy-to-let mortgages.

Speaking today in the wake of the publication of the Central Bank’s annual report, Senator Aideen Hayden, Chairperson of Threshold, said: “Both the Governor of the Central Bank and the Financial Regulator have expressed concern at the high levels of arrears in residential mortgages. However, the figures for residential mortgages alone do not paint a realistic picture of the crisis in our housing sector.

“We know the arrears rate for buy-to-let mortgages is even worse than that for residential mortgages. But buy-to-let and residential mortgages are not mutually exclusive. The majority of those who own buy-to-let properties are not developers and do not own vast amounts of property; they are just ordinary people. Many of them were encouraged to buy property during the boom years and are now in negative equity. And many of their properties are secured against family homes so, ultimately, an increase in arrears in buy-to-let mortgages puts family homes at risk.”

According to Threshold, the Government needs to act swiftly to avert a crisis in the buy-to-let market. The organisation expressed concern about the overall stability of the buy-to-let market, and highlighted the growing dependency on the private rented sector to meet housing need.

“No such strategy is being developed to deal with arrears in buy-to-let mortgages. And unless we act to tackle this issue now, there is a serious risk that the private rented sector will fall apart.

“The latest Census figures show the private rented sector has grown from 11 per cent of housing stock in 2006 to 19 per cent currently. In other words, dependency on private rented accommodation has almost doubled over the past six years. More and more people are choosing to rent – or are faced with no other option – because of a lack of social housing and stagnation in the property market.

“Private rented accommodation is a default safety net for people who cannot access housing in any other way. If that safety net is taken away because small-time landlords can no longer afford buy-to-let mortgages, then what options are left for those who currently depend on the private rented market?

“The Central Bank has indicated it will publish the arrears rate for buy to let mortgages later this year, but this information should be made available now, so we can assess the scale of the problem and develop measures in response. The private rented sector is the only housing sector experiencing growth in demand at the moment; we cannot allow it to falter because of delays in addressing buy-to-let mortgage arrears.”

Threshold was founded in 1978 and is a not-for-profit organisation whose aim is to secure a right to housing, particularly for households experiencing the problems of poverty and exclusion. Its main concentration of work is within the rented sector. The organisation operates a national office, based in Dublin, and three regional offices. It provides advice and representation to almost 20,000 people each year. Further information is available at www.threshold.ie.