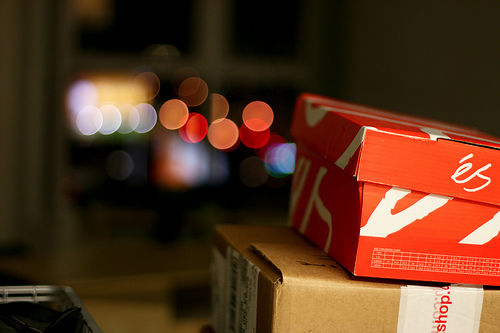 The number of people illegally evicted from their homes rose steadily last year, according to Threshold, the national housing organisation.

An illegal eviction is where a tenant is physically removed from their home. Aideen Hayden, Chairperson of Threshold said, “Illegal evictions can involve a landlord changing the locks, intimidating a tenant out of their home, or throwing out and destroying a tenant’s belongings. Some involve tense stand-offs lasting hours or even days, which are distressing for tenants and frightening for their children.

“Every day, Threshold sees the devastating effect of illegal evictions on people’s lives. Illegal evictions make people homeless and turn their lives upside down. We meet people who have been forced to sleep in cars or sheds. Families come to us who have lost all their personal belongings, including children’s clothes, family photographs and legal documents.

“We are calling on landlords to stop and think before they take the law into their own hands. It is absolutely unlawful to lock someone out of a rented property with or without their belongings. Landlords who have a grievance with their tenants have a legal route to resolve disputes through the Private Residential Tenancies Board.”

Threshold responded to the growing problem of illegal evictions by establishing an Illegal Eviction Unit in 2007. Through the Unit, Threshold’s experienced advice workers negotiate directly with landlords to prevent tenants from being thrown out of their homes. Where an illegal eviction has already taken place, the Unit helps families deal with the immediate crisis by finding them emergency accommodation in B&Bs or hostels. It then supports them to seek justice through the Private Residential Tenancies Board and helps them to reoccupy their homes and get back their belongings.

According to Aideen Hayden, the rise in illegal evictions is a symptom of how the economic crisis is impacting on the rented sector.

“There is now a serious affordability crisis in the rented sector for people on low incomes,” she said. “Over the course of 2007, we saw landlords under pressure to meet mortgage payments seeking rent increases or higher-paying tenants. At the same time, tenants on low incomes struggled because of reduced employment opportunities, rising living costs and increased competition for affordable rented accommodation.”

“The most basic bed-sit in Dublin costs €600 per month and rents in other cities are also high. Rents of this scale are not affordable to someone on a low income. Many tenants receive no help with their housing costs: rent relief is minimal and rent supplement is only available to those working less than 30 hours a week or unemployed. Unless immediate steps are taken to extend help to those working on low incomes, rent arrears will rise, illegal evictions will increase, and more people will be threatened with homelessness.”

Ms. Hayden called on the Government to take a number of immediate steps to alleviate the affordability crisis in the private rented sector.

“Rent supplement should be extended to workers on low incomes who need help with their housing costs,” she said. “Measures such as the Rental Accommodation Scheme – where local authorities contract with private owners for rented properties at a fixed price – should also be extended to cover those on low incomes who are working for a living. Affordable purchase plans, such as the recently announced Incremental Purchase Scheme to help those whose incomes fall between €20,000 and €30,000 per annum, must also be aimed at the working poor.”

Threshold also highlighted the issue of sub-standard accommodation at today’s launch and called for the end of the traditional one-room bed-sit. New minimum standards regulations for the private rented sector should incorporate the concept of an ‘NCT for housing’, the organisation said.

“At the launch of our Annual Report two years ago, the then Minister for Housing, Noel Ahern TD, launched the Action Programme on Private Rented Standards, aimed at devising a new set of minimum standards for rented accommodation,” said Aideen Hayden. “Regulations in this regard are expected to be published over the coming months, and to come into force early in 2009.

“These will introduce new, improved standards and would – if enforced by local authorities – improve the lives of many in Ireland today. However, Threshold believes that, to ensure the new system works, a mandatory certification system for all privately rented dwellings should also be introduced. This would be like an NCT for housing, whereby landlords would be obliged to confirm they comply with the modernised minimum standards regulations, including fire and safety regulations. We also believe that the new regulations should spell the end of the bed-sit as an acceptable form of housing in modern Ireland.”

Ms. Hayden urged any tenants with queries or problems to get in touch with Threshold.

“I would say to any tenant having difficulties at the moment to come to Threshold for help,” she said. “Our advisors have years of experience and are trained to know how to access any assistance that is out there. Every day, our staff negotiate with many landlords who are not unsympathetic and are willing to look at a tenant’s problem. In our experience, there is always something that can be done.”

About Threshold
Threshold was founded in 1978 and is a not-for-profit organisation whose aim is to secure a right to housing, particularly for households experiencing the problems of poverty and exclusion. Its main concentration of work is within the rented sector. The organisation operates a national office, based in Dublin, and four regional offices. In 2007, the organisation provided advice and representation to over 22,000 people.