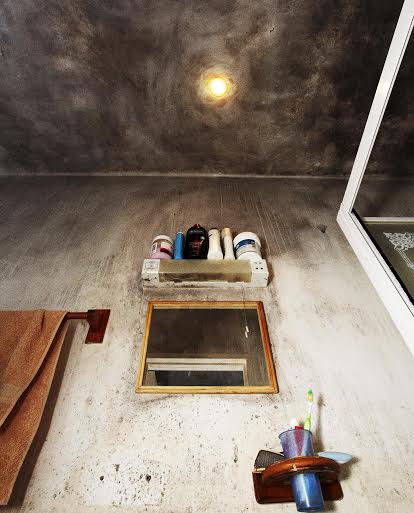 Desperate families are being forced to live in substandard accommodation due to rising demand and prices in the rental market, and the failure of local authorities to enforce minimum standards legislation.  That’s according to Threshold, the national housing charity, which today (20.11.13) launched its annual report for 2012.

The report shows over 1,600 people contacted Threshold last year because of poor standards in their private rented homes.  The most common problems included broken or ineffective heating systems, poor ventilation and dampness.  In some cases, landlords were refusing to carry out repairs, and many properties had been neglected completely since the onset of the recession.

Commenting today, Senator Aideen Hayden, Chairperson of Threshold, said: “One in five Irish families now live in the private rented sector and, unfortunately, substandard accommodation is a significant emerging issue.  This problem is getting worse because of the current economic situation, with many landlords claiming they can’t afford to carry out repairs.

“Furthermore, as demand for rental accommodation grows, rents have been rising in major urban areas.  There’s now a severe shortage of quality properties to let, and families on lower incomes are being forced to move into substandard accommodation because it’s all they can afford.”

According to Senator Hayden, local authorities are to blame for the persistence of poor standards across the rental market.  By law, county and city councils are obliged to inspect rented properties to enforce minimum standards legislation.  However, a survey conducted by Threshold last year showed almost 40 per cent of local authorities were unaware of their responsibilities in this regard.

“The problem with substandard accommodation isn’t due to a lack of legislation,” said Senator Hayden.  “On the contrary, great strides have been made in regulating standards in the private rented sector in recent years, most notably the abolition of the traditional bedsit since February 2013.

“However, without enforcement and compliance, laws are worthless.  One of the main difficulties in ensuring compliance with minimum standards legislation is that responsibility for this currently lies with local authorities.  Threshold has repeatedly reported problems with this: some local authorities inspect robustly, but many carry out little or no inspections of rented properties at all.”

Threshold’s survey of local authorities was conducted as part of a campaign by the charity to ensure the enforcement of minimum standards.  All 34 county and city councils in the State were surveyed.  Headline findings were as follows:

An NCT for Rented Housing

“The current system in unacceptable,” said Senator Hayden.  “Local authorities have neither the capacity nor the interest to effectively enforce minimum standards.  As a result, tenants have no real way of knowing whether a property complies with the law before they move in.  Some problems are invisible, and a lick of paint can hide a multitude.”

To address this issue, Threshold is calling for a certification system to replace the existing inspection and enforcement system as soon as possible.  “This would move the burden from local authorities because landlords would be obliged to prove compliance with minimum standards,” said Senator Hayden.  “Inspections would then focus solely on whether or not the landlord concerned held a certificate of compliance.  This would, in effect, operate like an NCT for rented housing, and a landlord would not be allowed to rent a property unless it met minimum legal standards and he or she held a certificate confirming this.”

Commenting today, Bob Jordan, Chief Executive of Threshold, said: “In total, over 20,000 people contacted us for help last year.  As in previous years, the number one reason why people got in touch was illegal deposit retention by landlords.

“A typical deposit of €800 represents the life savings of a low-income family and its loss can put them at risk of homelessness.  Some landlords routinely withhold deposits, or allege that the tenant has damaged the property when this is clearly not the case.

“The problem of deposit retention has become more acute in recent years because many landlords themselves are facing financial difficulties and simply don’t have the money to hand back.  The current system whereby the landlord pockets the deposit at the beginning of the tenancy simply does not work.

“Threshold welcomes the Government’s progress towards introducing a deposit protection scheme – where the deposit would be held by an independent third party, and not by the landlord – as a way of protecting tenants’ money.  This is an internationally recognised solution.  Deposit protection schemes now exist across the UK; most recently, they were introduced in Northern Ireland in April of this year.  It makes sense that we would follow suit, and introduce a similar solution in Ireland.  This is something we have sought for many years.”

Mr. Jordan said private renters in Ireland are more vulnerable now than at any other stage during the recession.

“A range of factors are contributing to the growing vulnerability of tenants in the private rental market,” he said.  “You have growing demand for properties, rising rents and accommodation shortages; the arrears crisis in relation to buy-to-let mortgages; and the cutbacks in recent years in Rent Supplement levels.  All of this means lower-income families are struggling to find and hold on to decent homes, and many face the terrifying prospect of homelessness.

“Threshold will launch its Christmas fundraising appeal next week – our most important appeal in decades.  Families in desperate need are contacting us on a daily basis because of the challenges they face in finding a suitable home.  Now, more than ever, it’s essential that we provide them with the help and support they need.”