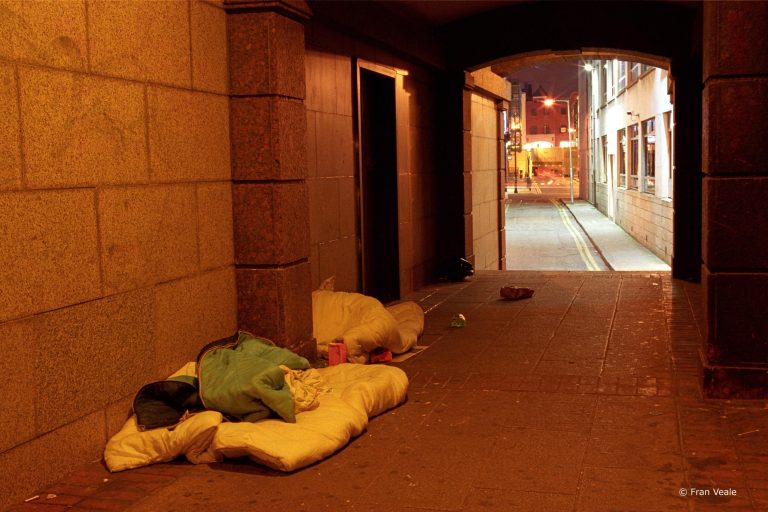 Bob Jordan, Director of Threshold, said: “Traditionally, the Government’s focus has been on reacting to homelessness, rather than solving or preventing it. But the policy launched today marks a new departure – the Government is reconfiguring its approach to focus on sustainable housing solutions, rather than expensive emergency accommodation.

“This housing-led approach is something Threshold has called for over many years. We know it represents much better value for money to prioritise homelessness-prevention measures, rather than focusing primarily on supports for people who are homeless. Adopting this approach will minimise the risk of homelessness for families throughout Ireland, and will ensure the funding available to tackle this problem is used in the most cost-efficient way.”

In its work in recent years, Threshold has highlighted how it costs approximately €29,000 to keep a person in emergency homeless accommodation for one year, compared to €11,000 for accommodating them in the private rented sector.

“Most homeless people who access our services could have been housed at a much earlier stage, or could have been prevented from entering into homelessness in the first place, if they had received more appropriate advice when they initially presented to the authorities with a housing problem,” said Mr. Jordan. “The policy launched today recognises this reality.

“It emphasises the importance of supports for people leaving homelessness and the need to reconfigure emergency accommodation to provide secure, longer-term tenancies. It prioritises housing solutions over emergency services, which is in keeping with Threshold’s belief that housing – with supports – is the key to resolving homelessness, and that finding such housing should take days or weeks, rather than years.

“The emphasis on providing adequate information, advice and advocacy services for those with a housing need is also welcome. The policy acknowledges such services are key to preventing homelessness. Threshold provides advice and representation to over 23,000 people each year, so we have first-hand proof that receiving housing advice at the earliest opportunity can divert people from homelessness services.”

Threshold also welcomed the Government’s aim to end long-term homelessness by the end of 2016.

“This is an ambitious goal but, if this new policy is effectively implemented, we believe it can be achieved,” said Bob Jordan. “Previous governments failed to reach similarly ambitious targets, but we believe that was because of their focus on reacting to homelessness rather than preventing it. With this reconfigured approach, the goal of ending long-term homelessness in Ireland is becoming more attainable.”